At the same time, it is necessary to remove all provisions based on the provisions of the Law No. 208-ФЗ from the charter of a closed joint-stock company, since, in accordance with Part 9 of Art. 3 of Law No. 99-FZ, these norms apply to closed joint-stock companies until the first change of their charters. Further, on the basis of sub-clauses “a”, “b” clause 1, clause 5 of art. 5, Art. Art. 17, 18 of the Federal Law of August 8, 2001 No. 129-FZ “On the State Registration of Legal Entities and Individual Entrepreneurs”, the corresponding changes must be registered in the Register.

In turn, if the new provisions of the charter affect and restrict any rights of the shareholder, the latter in accordance with the regulations of paragraph 1 of Art. 75 of the Law No. 208-ФЗ has the right to demand the repurchase by the company of all or part of its shares. At the same time, this rule is valid if the shareholder voted against the adoption of the relevant decision or did not participate in the voting (Resolution of the Federal Arbitration Court of the North-West District of May 29, 2015, in case number A05-12336 / 2011).

Based on the established court practice (Resolution of the Arbitration Court of the North-Western District of 29.05.2015 No. Ф07-2033 / 2015 on Case No. А26-7387 / 2014), the shareholder will have to prove that such changes really limit his rights, in essence, it does not allow a shareholder to demand the redemption of his share, only on the basis that new provisions are incorporated into the text of the charter, which in reality do not impair his position in the company. 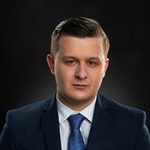